The Grim Reaper. The Angel of Death. The Hooded One… Whatever you may call him, Grim Reaper tattoos aren’t for the faint of heart. He’s a symbol that represents death and passing into a new an ominous world. He’s the guide that takes us from this plane to the next.

Grim Reaper tattoos can be quite creative and require a lot of artistic talent to turn into body art. If done well, you can’t help but find them interesting to gaze at. The thing about these tattoos is that the artists must be inspired and tend to add a special touch to each one they create.

The Grim Reaper doesn’t discriminate on age, sex, race, or any other factors. That’s why many people feel compelled to have the Grim Reaper tattooed permanently on themselves – he’s unavoidable, no matter who you are. Hot ready for a tattoo? You can easily replace ink with a piece of jewelry, for example ,a grim ripper ring. Here are some examples of how some wearers of the Grim Reaper have decided to have him portrayed permanently on their skin – Creem has compiled 40 deadly photos of the Reaper himself:

1. When the Grim Reaper is at Rest

Sometimes even the Grim Reaper has to take some time off to replenish his own motives. This is what is shown in this tattoo as he rests, baring the weight of time upon his lap since his job will carry on for eternity.

Perhaps the Grim Reaper may live within the confines of a spooky tree, or perhaps its just a figment of your imagination. Either way, this tattoo displays the haunting image of the Grim Reaper in a truly dark and mysterious manner.

This is a unique take on a ripped skin tattoo, looking as if there is whole other world under the confines of human skin. There is a fascinating three dimensional effect where the ripped skin looks as if it has been torn apart by the sickle. The hourglass represents how time will eventually run out, and you’ll eventually come face to face with Death himself.

4. The Souls and Grim Reaper

As the myth states, the Grim Reaper comes to us to take our souls in time of death. Here we see he stands above a winged soul, saddened by the aspect of running out of time and leaving her realm to enter a new one. The Reaper beckons for her to come, as he’ll be guiding her to a new life shrouded by eternity.

5. Grim Reaper in Action and Taking the Soul

A true piece of body art, the Grim Reaper is portrayed standing atop a mound of gravestones and crosses, the very things that humans view as symbols before death arrives. He stands between them and the gates of heaven above, symbolizing his role as the guide to a new eternal life.

6. Grim Reaper Getting Ready to Roll the Dice

These tattoos are about the Grim Reaper viewing life as a gamble, where the roll of the dice will decide whether it’s time to leave this world or not. We take chances in life, and believing that we’ll be here tomorrow or the next day is a gamble on us.

7. Grim Reaper Using the Sickle as a Hockey Stick

Ever notice how the Reaper tends to carry his sickle like a hockey stick? In some tattoos, the ones created by both death and sports lovers alike, this can become a reality inked into skin seen on the left. Hoever, on the right, we see a more serious tat of the Reaper telling us the only guarantee in life is of its coming death.

Everyone’s time will eventually run out, and only the Reaper will know when to show up at your doorstep. The above tattoo emphasizes both the Grim Reaper as well as a floating hourglass, with life’s time slowing slipping away as his smile grows expectantly. There’s no outrunning the Reaper.

While this tattoo is of the Tarot card entitled “The Hermit” some have regarded with it with conspiracies surrounding its origins inspired by Death since he can over look the entirety of the world and life unnoticed.

This soul is attempting to outrun the Grim Reaper, but little does he know that Death lurks behind him, able to catch him whenever his time draws near. The lost soul even holds his own head, with blood coming out of its neck yet he’s unaware that he should indeed be dead.

Many Grim Reaper tattoos will depict him at night, since darkness is shrouded in mystery just as death is. Usually he has a perfect skeletal shape, but this artist decided to put some irregularities in the Reaper’s look – broken teeth and some niches in his sickle.

12. A Sorrowful Angel of Death

We usually fear the Grim Reaper, but does he fear himself? How does he view his own life? Perhaps we don’t consider how trying an eternity can be, taking the souls of the scared victims of life. It must be lonely, and the tattoo above displays just how lonely the great Angel of Death can be.

Here we see chains everywhere. They symbolize how it is impossible to escape the bounds of death; impossible to ever break free of the ultimate truth: That one day, death will come and take us with him. His face is cloaked in darkness, representing the mystery that beckons us.

There are some debates as to the origins of the Grim Reaper, but one thing is certain: his mythology dates back to Roman times though he had gone by differing names. The leaves surrounding Death’s head above represent this; represent his origins. Even his skeleton shows the wear that time has taken on his very myth.

15. Searching Through the Darkness

Even though Death is regarded as something scary we never want to meet face to face, he is actually neither evil nor good – simply a guide from this life to the next. The light in his hand represents this, leading the way for us so we can see our way through the lingering darkness between here and there.

16. Giving Us Our Tokens & Reaching for Our Hands

17. A Long Road that Leads to Death

We’re all traveling on one: on a path that will eventually lead to Death. This is a lovely tattoo that displays just this.

The eyes of the Grim Reaper are dark and empty, much like how many view the afterlife.

19. Small, Floating Reaper Regarding the World

He looks down upon us all, expectant of only one thing in his future: That he will be taking and guiding more lives so long as life still exists. He looks almost saddened, as if he doesn’t enjoy his eternal career of helping traveling souls.

The real question is: Would you walk towards the Grim Reaper if he beckoned to you? Here he holds up his hand, gesturing for us to approach. We will approach no matter if we willingly do so or not, but the image attached to this action is strangely haunting.

Even little tattoos of the Grim Reaper such as this one can carry a heavy symbolic meaning attached to death.

This piece of body art is highly detailed, the artist truly taking his time in capturing a grinning Grim Reaper that enjoys his hunt for lost souls.

A truly haunting representation of Death, this ink has a creepy yet beautiful flow about it as he carries a lamp to help light the way to the new realm.

A good example of how an artist has added their personal touch to the Grim Reaper, enhancing his facial features and expanding it to cover the entirety of the wearer’s shoulder.

25. A Hint of the After Life in the Eyes

The beauty of this haunting tattoo is in the eyes which required use of white tattoo ink to enhance their glow.

Another intriguing depiction of both the Grim Reaper and time – this turn, with a Roman numeral clock instead of an hourglass. If you look closely, you can see the sickle is made out of some kind of beast’s skull.

Some believe that death can be avoided, and here we have a quote to help inspire the wearer that death doesn’t need to happen any time soon.

28. Pointing to the Next World

The Grim Reaper points up towards the world he’ll be taking you to next.

If you thought death could somehow always be on someone mind, this is a literally interpretation of just that.

30. Death Without A Sickle

Not every representation of the Grim Reaper is depicted with a sickle. In some instances, he can hold a sword.

Another piece of body art with Death beckoning, but the art is creatively different.

The details on Death’s cloak are hauntingly lovely, showing how worn down he’s become over the centuries.

Not all Grim Reapers are done in detail. Some can be simplistic like the one above and fit in small spaces.

The artist combined the classic hour glass with the lantern, making them one and adding his own flavor to his art.

The Grim Reaper stands as if ready to take the next soul on his list. 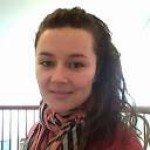