The term Celtic is often mistaken these days to just mean someone who is of Irish heritage, or worse yet sometimes people think the term originated with the Boston Celtics basketball team. In actual fact the term Celtic dates as far back as the Iron Ages. Celts were spread out all over Europe and Celtic was the dialect they spoke.

Going to battle was considered one of the highest honours amongst the Celts, and more often than not they would go in to battle either bare-chested or completely naked. This was amongst other reasons, mainly to intimidate their enemy. Similarly, tattoos amongst the Celts were popular as they could also come off as intimidating to the enemy. These days it’s less common for people to get tattoos purely to intimidate people (we hope so anyway) but Celtic artwork is still very popular to get tattooed. We are going to take a look at 40 Celtic tattoo designs for boys and girls and also discuss a little bit about the meaning or symbolism behind them.

This is a close up of a larger shoulder piece tattoo. You can see in detail the celtic swirls and knots as they are often referred to all throughout this piece. Different Celtic knots have different meaning, however they usually represent things such as strength, wisdom, power or nature.

Here’s a great example of how great swirls can look on girls wrists. The roman numerals denote 10-4-13 and the swirls represent two people. This is more than likely a wedding or anniversary date and a great way not to forget that date!

Because swirls are a relatively easy tattoo to do but look so appealing a lot of people will choose to get them tattooed on their wrist. It can also be a symbolic gesture or acknowledgment of ones heritage to get a Celtic tattoo over your veins or rather bloodlines.

Here you can see some really great line and shadow work going on. This style of tattoo is usually referred to as blackwork because most of the work is black. Compasses and knots representing geographic orientation were quite common amongst warriors back in the day.

This is the kind of tattoo you could just stare at for hours. Clever use of intertwining swirls all to form a larger picture of birds. Birds were common in Celtic tattoos and they represented that of a higher being or purity.

Here’s a great one involving some red color. It looks like that of a shield or weapon with two serpent heads eyeing each other off.

Whilst not a Celtic tattoo, the above is a great example of how the swirls were represented in other tribal warrior tattoos.

If you’re going to get an intimidating tattoo look no further than this one. It looks like a plate of armour with vines creeping up it, very cool.

A great tattoo choice, especially amongst girls are mandala style tattoos. Here you can see a very intricate one on a girls shoulder that almost looks like jewellery.

This is a close up of a Celtic cross tattoo. They have a strong spiritual meaning and generally denote the passage between heaven and earth as well as protection.

Crosses with circles around them denote infinity and not only do they look great but they are also very popular amongst people with Celtic heritage nowadays.

The tree of life tattoo should form a perfect circle and it represents a happy co-existence with all life forms as well as that of evolution. It is most commonly tattooed in black ink.

Here is a great photo of a Celtic style dragon tattoo. Dragons were common place in Celtic mythology and have become very popular tattoos amongst both boys and girls. Girl with the dragon tattoo ring a bell?…

Tribal pieces can look really great in black ink working their way down your arm. The patterns and swirls are also great to link separate tattoos together.

Another example of some great black work going on, with this tattoo on someones forearm. It also looks great how they have combined black and dark grey inks to create contrast.

It doesn’t get any more intimidating than going in to battle bare chested than this piece!

A close up of some of the finer details on this great looking tribal shoulder tattoo.

Tattoo bands are not quite as popular as they use to be but they can still look great when done right. The Celtic style of knots and swirls lends really well to this style of tattoo.

Here is a modern twist on a classic design. The bold star design outside (modern) with the intertwining knots on the middle.

Looking for a sexy back piece? Celtic knots can work really well with flowers and vines and are quite popular tattoos on girls backs and the sides of their torsos.

If you’re going to get a Celtic themed tattoo in color, it goes without saying that the color should be green.
Large back tattoo

There isn’t really a lot else to say about this epic back piece except for – wow!

It’s coming to get ye. This is how we imagine the artists hand that did the piece above felt after all those long sessions.

What a great idea for a tattoo. Two hearts interlocked with one another and then an infinity symbol running through the middle.

This piece kind of reminds us of those impossible pictures with the stairs going every direction. It’s a very interesting concept and love the blacks and reds.

Similar to a fleur de lis, this tattoo is a great example of mixing bold black straight lines with curvy flowing lines to create a really popping tattoo.

Here is a great one for the ladies out there that may not necessarily be interested in getting warrior tribal tattoos all down their arms.

Whilst they may not be the most work friendly tattoos in the world, there is no denying that these forearm Celtic style sleeves don’t look cool.

Another modern adaptation of the traditional Celtic cross tattoo symbolising infinity and then the modern style angel wings behind it.

As you can see this one encompasses a great deal of traditional symbols such as the tree and the trinity symbol down the bottom which symbolises the moon and the sun.

This is a closer example of the trinity symbol that has also incorporated 3 dragons in to, really cool design.

A quartenary knot is one that has 4 corners and those 4 corners are symbolic of many things including the 4 elements (wind, water, fire, earth) as well as directions (north, south, east, west)

A great example of some intricate line work and very detailed shadowing.

Nothing quite says creepy like a man climbing out of a clock with two angel babies below holding a skull… that is unless of course it’s worked in to a tattoo of epic proportions like the one above!

This is a close up of a Celtic fish tattoo which is quite a common tattoo, especially for those that are born between August and September within the zodiac.

Animals are quite commonly incorporated in to Celtic tattoo designs.

Here is a great use of different knots and patterns to form what looks like a larger claw.

Triangles, with a mixture of thin and thick lines makes for a great contrasting piece.

This is another example of a warrior style tattoo.

Have you been putting in some hard work at the gym? Why not reward yourself with a big old tattoo band around your bicep!

Ignore that it looks a little fresh and raw, this is a great use of traditional knotted lines to form a very loveable animal.

We’ll finish with a great warrior tribal tattoo. Remember the initial intention of these tattoos was to intimidate the enemy and we couldn’t think of too many things scarier than walking in to battle against this guy… 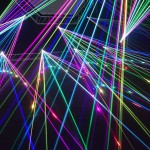